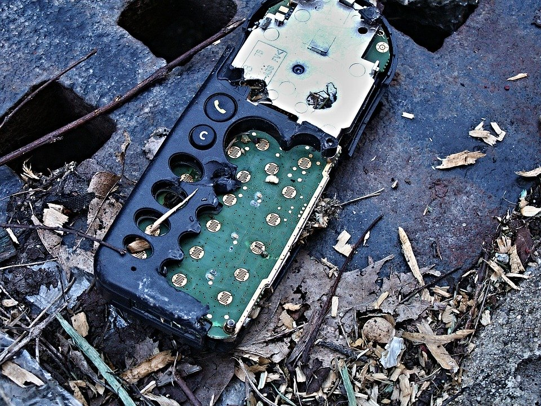 The recent publicity devoted to the awareness of carbon footprints, global warming and the amount of plastic being dumped in our oceans means that there is a growing movement towards people recognising they need to live a more sustainable lifestyle.

However, vast amounts of waste electronic and electrical equipment is still being created around the world. The World Economic Forum has estimated that 48.5 million tonnes of WEEE waste was dumped across the globe in 2018, and says it is one of the planet’s fastest growing types of refuse.

Here WEEE Technology, who specialise in the disposal of computer equipment and other electronic devices in London, look at why the disposing of mobiles, laptops and PCs is still a big issue.

There’s a Lot of it About

The world’s population has been estimated at more than 7.5 billion in 2019 – and around two-thirds of the population have access to a mobile device, usually a phone. In the UK, where the population is around 65 million, seven out of every 10 people own a smartphone.

So, bearing in mind that these statistics do not include PCs, laptops and TVs, this means that there is a massive amount of electronic devices out there. All of these will eventually need to be disposed of.

The average lifespan of a smartphone has been estimated at around 2.5 years, and tablets around 6.5 years. This may be in part down to accidents, with owners damaging their devices so badly they can’t be repaired.

However, technological changes also mean people prefer to replace their electronic equipment with the newer, faster version, even if their existing device is still working adequately. More controversially, some companies have been accused of introducing ‘built-in obsolescence’ into their products, such as no longer providing automatic operating system (OS) updates or ceasing technical support for older models or programs. This obviously has an impact on the number of electronic items which go to waste.

The so-called ‘throwaway culture’, which also applies to clothing and other household goods, means that consumers are more likely to buy a new product rather than try to repair an older one. Manufacturers and retail outlets will also encourage customers to ‘upgrade’ to a new device with tempting offers, free electronic equipment or limited-edition models.

With mobile devices rapidly becoming more technologically advanced, many people do not have the technical expertise to repair their device when it goes wrong. Often the cost of repair is so high that it makes more sense to buy a new replacement product instead.

Another reason why WEEE disposal is still a big issue is because there is a much greater awareness of the health risks involved. Many electronic devices release toxic materials even if they end up in landfill – either seeping into groundwater or into the atmosphere.

Changes in the Law

As so much of our lives are now stored electronically on hard drives, so the need for protect that information has increased. The General Data Protection Regulations give consumers rights over the way their personal details are handled and disposed of.

If companies who handle personal data don’t dispose of it correctly then they run the risk of data breaches, consumer scams and identity theft. WEEE Technology specialise in secure data erasure for companies across London, making sure no unauthorised individuals can gain access to the equipment and hard drives are overwritten several times.

How WEEE Technology Can Help You

As well as data erasure, WEEE Technology offer a range of other services when it comes to electronic devices. We always try to repair and refurbish old products, and if this is not possible, we aim to harvest the raw materials for reuse rather then send them to a landfill site.

If you would like to learn more about how we dispose of computer equipment and other electronic devices in London, then follow this link and fill in the online form, or call us on 020 7859 4669.

or simply send us an online message

Our team of experts are on hand to help.